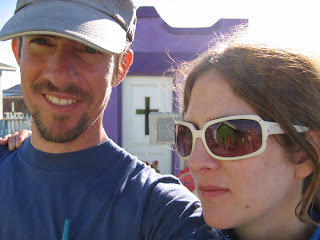 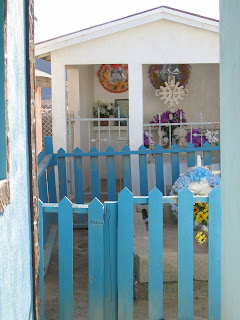 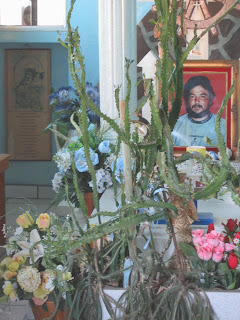 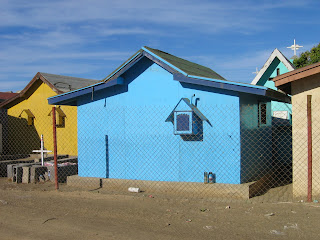 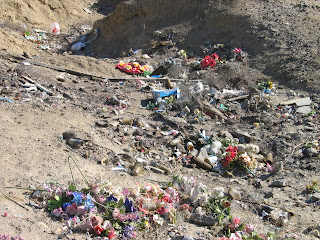 Between arroyos filled with casually tossed dead pets wrapped in plastic bags, faded wreaths, and burned candles, there is a small city of the dead. The tiny houses are filled with photographs and flowers, stuffed animals, a fake ermine cape with the crown placed atop the cross at the head of the grave.
Posted by Clank at 1:02 PM No comments: 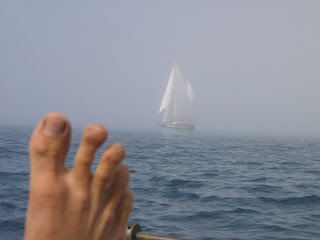 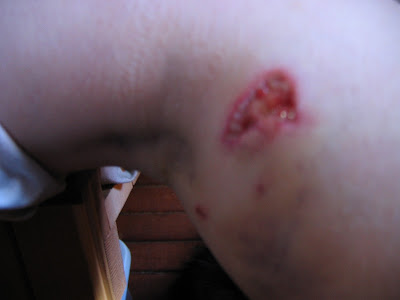 Fortunately or unfortunately, you don't get the full impact of the gore here. I guess it was too gross to take a picture of at first--neither of us could face it. Now I just have a dog-shaped scar and a fang mark on my leg. I'll always remember Ensenada.
Posted by Clank at 12:52 PM 2 comments: 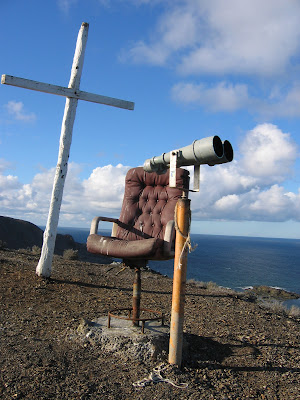 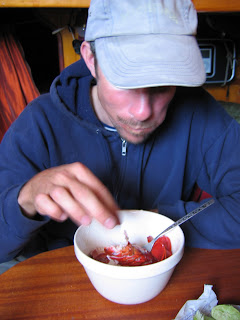 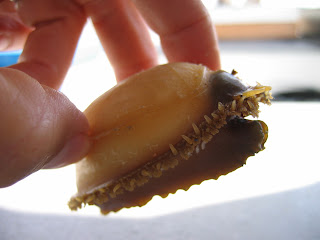 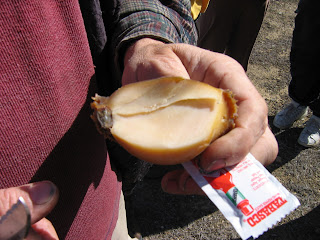 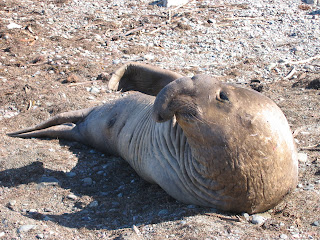 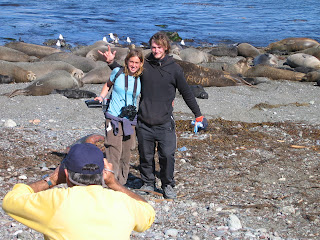 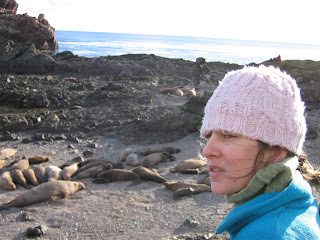 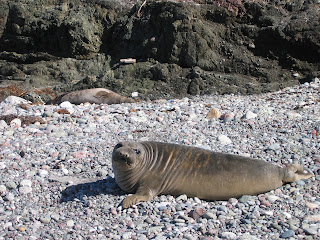 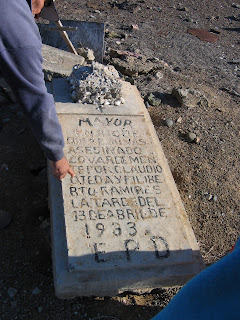 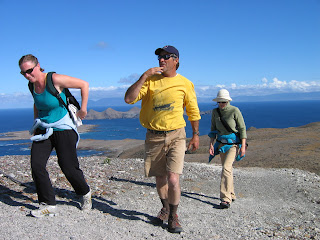 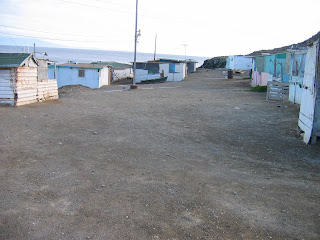 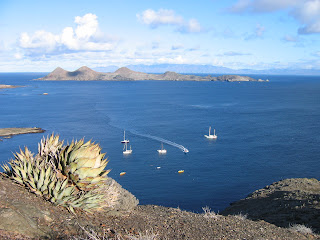 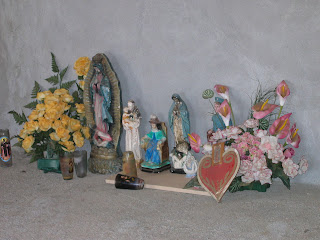 Adam came up with the idea of opening a bar for navy personnel called the Funky Bunk, and one near a hospital called Randy Bandage. We are nearly halfway down the coast of Baja, anchored near a camp where abalone divers and langosteros live for the months of their shifts before returning to their homes on a nearby island, Cedros, where most of them grew up. Three of the divers offered us fresh lobster when the next boat came in, and promised dried abalone. They told us that the elephant seals living on the island are dangerous. One bit a man’s scalp, but he lived.

The elephant seal beach is littered with the rotting bodies of baby seals, killed by the rival patriarch—there are two clans. A seagull plucked at the flesh. The beach smells of salt and decay. Italian students have come here to study the seal population, and their elegant tents are pitched at even intervals among the rocks overlooking our anchorage. They wear beautifully coordinated clothes and clean shoes. They have branded the elephant seals with Italian names using hydrogen peroxide. We walked past the tents to a small graveyard with only four graves, those of two men and two children. And the lighthouse jefe told us a story. In 1933, the architect of the lighthouse, a distinguished man from Spain with a cryptic connection to Pancho Villa, was murdered here by two of his workers. The architect, said this man, whom I knew only as Ramón’s uncle, had been a good architect, but cruel. He abused and insulted his workmen, threatened them--even shot them. One evening the architect and two laborers sat around a card table in the unfinished lighthouse, a bottle of Cuban rum and a pistol on the table between them. What did the architect say? Suddenly one of the laborers seized the pistol, knocking the bottle to the floor, and fired. The architect remains here on the windswept island, unmourned by abalone divers and lobstermen, but remembered by the lighthouse keeper. He has felt the presence of workers buried beneath the floor of the old lighthouse. The widening cracks at the edges of the grave, he said, were made by the hands of dead laborers clawing at the dirt, their anger at the architect unappeased by death. Then he offered us dried abalone, which he brought from the kitchen of his brightly painted compound. A clock radio played in the bedroom. The abalone had been drying in the sun for a long time, under mesh, to keep the birds away.
Posted by Clank at 12:00 PM No comments: 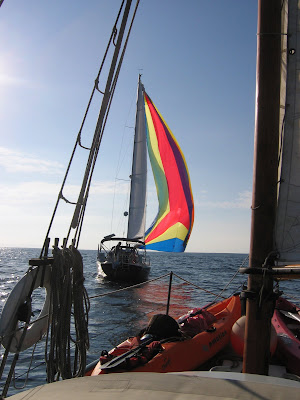 We make our way down the coast of Baja with fellow escapees from Ensenada.
Posted by Clank at 11:56 AM No comments: