Is Sea Wolf for sale?

Someone recently posted a comment wondering if Sea Wolf is still for sale...the answer is yes. We are having the most fabulous adventures imaginable--and yet, this is a little boat and we have one very active little girl. Contact svseawolf-at-gmail.com and check out details at http://svseawolfsale.blogspot.com/. But not to worry, at this point there's no going back to what we used to call "normal life."
Posted by Clank at 10:14 PM 4 comments: 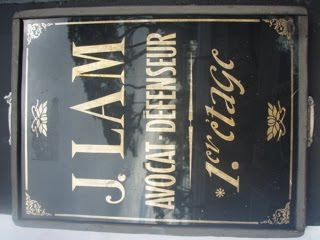 In another life, I would like to be or know J. Lam.
Taken on a trip to Papeete in attempt to extend our visa.
Success. 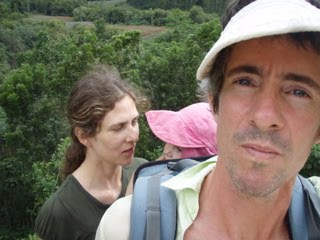 Monday afternoon among the pineapple fields. 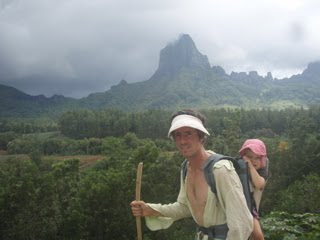 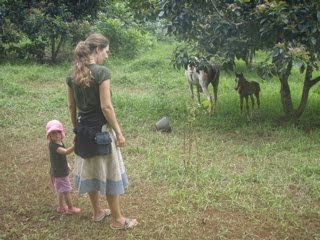 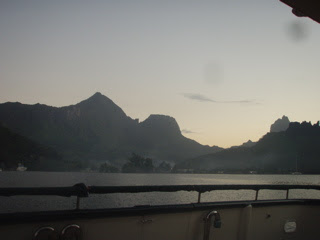 A scene from my thirty-ninth birthday.
Posted by Clank at 10:01 PM No comments: 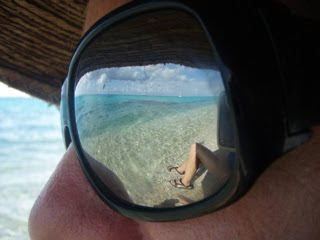 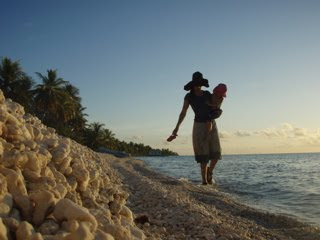 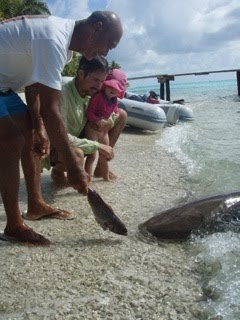 SeaWolf at anchor in Apataki 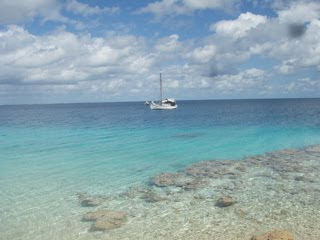 Our gear is taking a beating 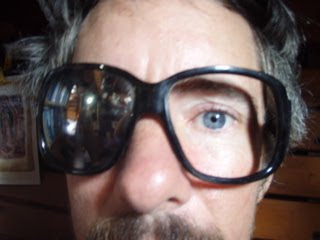 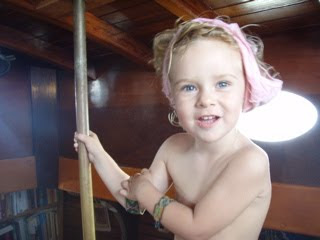 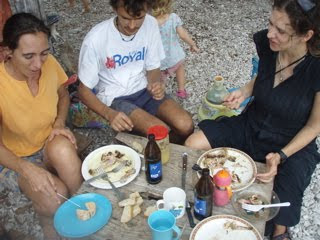 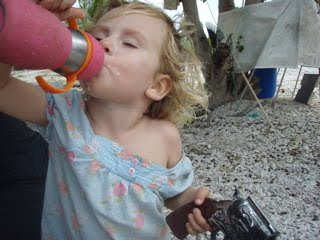 This is just to say, we have had very little internet access since arriving in French Polynesia. We plan to sail for Moorea next Wednesday, and hope to be a bit less incommunicado there.
Posted by Clank at 5:57 PM 2 comments:

Labels: birthdays, Inspirational anchorages, South Pacific
I hiked along the path of coral that looked charred by centuries, millennia, of sun. Beyond I could hear the breakers on the reef. Coconuts lay decaying where they had fallen, small brown lizards leaping among the husks. We had spent the day swimming in the pale blue water, sprawled on the rough dead coral beach, the waves lapping with the sound of tiny bells. It was the kind of solitude that wrapped itself around you, loathe to let go. Everything else seemed beside the point.
A dissonant bird call sounded from the trees in the fading light. The sun, obscured by clouds, dropped suddenly below the horizon.
Early the next morning, Adam went to the bow and began to pull up the anchor without the windlass, the muscles in his shoulders flexing.
Later, we beached the dinghy near a pearl farm. It was Sunday morning. The family jumped up to greet us. They all said few words in French. We were a welcome diversion. Maybe customers. The woman had gotten up from counting pearls. We could see them lying in luminous pools on a picnic table. Instead we bought eggs.
Posted by Clank at 5:56 PM No comments:

"So you were dreaming about guzzling strawberry-flavored cod liver oil while getting shot out of a cannon?" "Yeah, and when I landed, somebody handed me a greasy pork sandwich."

There is a narrow channel through the coral--on the fourth day the wind changes, and we miss it by a mile—means two more days zigzagging along the northern coast.

We're being tested, I say, and if we're found wanting, we will be punished again.

So I've learned. I stay calm. I realize I even feel happy out here. The atoll looks beautiful, those bursts of aquamarine before the breakers hit the coast, the yellow and green palms against the gray sky. We tack, the coast shrinks again.

Tallulah has stopped saying "Ready go" but every picture in her books is a picture of meat. We don't have any more meat. Or eggs. We have beans. This type of family togetherness begins to strike me as unnatural.

Adam has been at the tiller since three in the morning. Late that afternoon, I hear an onrush of water against the hull and feel the boat straining against the wind. We're less than two miles from the channel into the lagoon. Adam adjusts the sails under the gray sky, I’m steering, thinking up recipes using eggs. The wind seems to grow tired, then it renews itself. Suddenly we're at the entrance. And we're shooting through that narrow channel. The cobalt current rushes against us, the water is rippling, corrugated. Wind holds steady then falters. We can see in there. The water is turquoise. We can feel the ancient summons of the tide. Dusk is falling. I'm struggling to hold the tiller straight, Tallulah piggyback, lighthearted in this ecstatic rush of elements. She wants to know what dad is doing up there, lifting a palm to the wind. Talking to Yemaya, I suggest. She sings a wordless tune, and the wind suddenly blows. We burst into the open waters of the lagoon, lavender clouds against the illuminated gray of the sky. The anchorage is deserted except for a huge Australian boat, the crew staring at us as we race past. In the sheltered shallow waters drop anchor as light is extinguished like the falling of a curtain. Is this paradise?

There are many devils in the army fallen from heaven, who chose Lucifer and await his command in the struggle against God. And so this paradise of blues and greens has its fallen angel, alcoholic and alone, his eyes obscured by cheap sunglasses, a bag of black pearls at his side. He drinks Ricard. Tying off his large open boat to ours he boards, bringing misshapen pearls, toys for the baby. He sits and drinks, as if awaiting some communication that’s slow to come. The bottle is empty. Adieu, he says, without meaning it of course, and settles himself again. We pour him Cuban rum, to placate, assuage, and sit in the silence. At last, the invisible sign, and with a cry, he descends again to his brilliant corner of hell.
Posted by Clank at 5:55 PM No comments:

Labels: Engineless sailing, Illness, Inspirational anchorages, South Pacific
At the Musee Boutique, He'e T'ai Inn, Nuku Hiva
Watch out for the dog. She bites. Don't let her come up behind you.
Welcome.
Yes, that's a canoe they used in "Survivor."
I have some beautiful pieces. Such a shame you didn't come here with your mother-in-law.
Oh, I've been collecting for years.
Well, my husband brought me here thirty-five years ago to do research. We came by sailboat. From California.
We just fell in love with these islands. My husband and I built the hotel. You know, we opened the Marquesas to tourism.
Everyone came to happy hour. We had island dancing, pig roasts—that’s what I became famous for.
After he died sixteen years ago, I sold it.
But I'm going to start a First Class California Motel on the hill up there.
It's in those shipping containers.
Posted by Clank at 5:53 PM No comments: