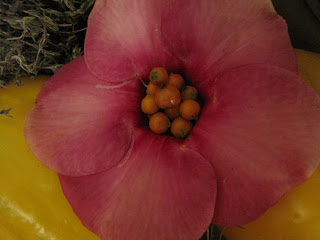 I’m eating something called “Studentenfutter,” which they sell at the Esso station down the street from the Montessori school. In my life traveling in and among new cultures and economies, one of the things I’ve learned is to remap the landscape in order to find unsuspected pleasures in random places. I discovered they sell German food in the Esso station--beautiful European food in shiny packaging that goes straight to the part of my brain formed early on. The American part. The consumer part, the part that identifies status with shiny European objects. Those things seem to give me a sense of well-being, a sense of comfort, that I cherish while wandering through the city.

Tallulah is adaptable to almost any circumstances, the only completely unacceptable one being that there is no food. Sometimes our gears slip--the gears of different cultures meeting, turning, producing something. And we forget that everything in Luperón is closed on Sunday nights--the vegetable truck comes on Tuesdays and the only things left on the counter at the fruit and vegetable store are carrots, eggplant, and bananas. In some improbable way I guess we were still assuming a world of grocery stores open 24 hours, the world of abundance from which we came. And so I stop at the Esso station (bypassing--why?--the sidewalk fruit/dulce de leche stands, and sidewalk vendors where something I don’t recognize is being sold) to buy shiny European food, things that are familiar despite the fact that I can’t read the labels.
Posted by Clank at 8:04 AM No comments: 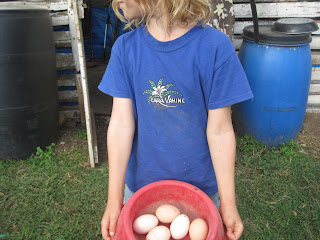 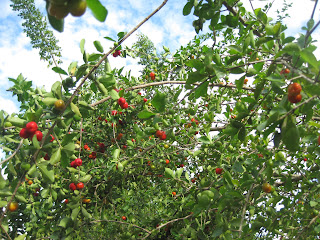 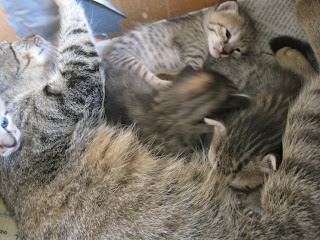 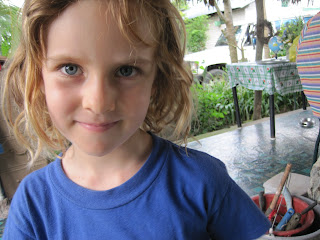 With many thanks to Dave and Marilyn, homesteaders in the DR from New York via North Carolina.
Posted by Clank at 7:41 AM No comments:

I want to write an ethnography of the guagua—considering the way we all crush together, shoulder to shoulder, flesh spilling into each other’s space, bodies overlapping.

Everyone is there—the people neatly dressed for work, the woman listening to the radio in her phone—she has it tucked into her hairnet and is singing along—the old men, dignified and self-contained, and the old women who shout, hilariously, getting everyone laughing.

We take a bus next, with fringed curtains and a cobrador who makes change and somehow remembers the faces he needs to get money from. My face is often different from lots of the others—I am obviously not Dominican—I always have a large bag and a child—we are memorable, and people wonder if they can communicate with us. One morning the cobrador asks me something. It sounds like he’s saying, “How old is the girl?” And I tell him she’s five, but with a question in my voice like, What? (The language is moving almost like quicksand.) The cobrador exhanges a look with the woman in front of me like, I give up, whatever. Like, what can you do. And I sit there thinking about how what he could do is to like, enunciate.

And then, kilometers down the road, I realize what he must have said. And I realize another level of their look. The word sickness ends with the word age. Enfermedad. Edad. He asked me, “Que enfermedad tiene la nina?”--what sickness does the girl have--which I heard as “Que edad tiene la nina?”

Getting off the bus I say, “Me preguntaste si ella estuviera enferma?” Getting a couple of complicated tenses out there just to make myself feel better about not understanding before. And he almost smiles with relief and says, “Yeah.” And I tell him she’s just tired, and order is restored between us--because it is just as miserable, I remember, not to be understood as it is not to understand.
Posted by Clank at 7:40 AM 2 comments: