Getting "Callisto" ready to head to Miami 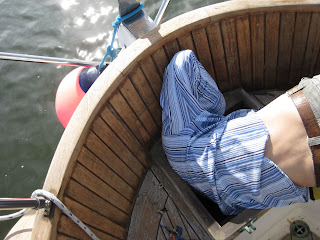 “Ethylene is a gaseous plant hormone that quickens the senescence (aging and death) of fresh flowers. Various sources of ethylene include pollution, cigarette smoke, exhaust, ripening fruits and vegetables, and old, wilting, and physically injured flowers and foliage.”
Down the coast of Florida, the Space Coast, the hangar of the Space Shuttle still and shuttered on a promontory overlooking the Atlantic, the launch jutting upwards like the smokestack of a dead factory—an embodied memory. The proud seal of NASA is visible in the distance, relic of our collective dreams, barely understood. There’s a bridge named after Christa McAuliffe. I remember that day in high school the whole thing exploded—over and over again, over and over, and we sat in rows in our classroom, not really understanding, not getting death, feeling, more than anything, that we didn’t have to do any more work that day. Florida is sucking the life out of me. It wants to be left alone, and it has been overrun. In Vero Beach I think, I am a white person. White. White. White. It seems as if everything is white. White people, blinking and sunburned, filing off boats and heading for the showers.


I have not seen a cruising guide that talks about what it is really like to go into the unknown—that parses that moment at which you become a stranger. We probably would have stopped sailing years ago, gone back to something more ostensibly comfortable, if we’d been able to afford it. Instead we’ve pushed onward, envisioning a new life that does not turn its back on the exigencies of change. Our family is a unit of survival, the only known thing across an ever-changing landscape.
Posted by Clank at 2:06 PM No comments:

This time last year we were sailing from Culebra to St. Thomas. It seems we have spent lifetimes in the islands, and in the other places we’ve been since—Louisiana, Georgia, North Carolina, South Carolina, Florida. Each with its own rhythms and logic. I can’t tell how much time has passed, or how little.
I couldn’t sleep. I was reading. Adam was up, reading. Tallulah was asleep. Why can’t we sleep? I said. Too much coffee? Adam said, I don’t know. I didn’t have that much. Me neither, Tallulah said, in her sleep.
It’s occurred to me how lucky we are. I used to tell myself that, knowing I should believe it. Now somehow I believe it. The future still streams out before us, disappearing into darkness. Who knows? I’m hanging onto the now, the freedom we have. This is a time for shedding old assumptions, so deeply held I couldn’t see them—for learning how to see differently. I’ll spend another lifetime pondering this.
A gray-headed woman strides into the Starbucks on Roosevelt Boulevard wearing fire-engine red four-inch stilettos. There’s a girl with opaque stockings on under super-short cut offs, white athletic socks pulled up to her knees, and basketball shoes. I started recording these forms of self-expression, thinking they would help me to understand the culture of this part of Florida. I sat in Starbucks every day for a month writing fiction, feeling like Dr. Frankenstein, the creature rising from the table. Creating a world (however frayed it might still be at the edges) that hadn’t existed before—it seemed too marvelous and difficult to be possible. And above all, addictive.
This place seems ad hoc, unsustainable, its human strivings dizzying. We had looked at a couple of boats in Fort Lauderdale—one of them a big wooden boat in a canal with holes in the deck. The owner was a cheerful, hunched gray-haired former marine allergic to mangoes. He’d already sold the boat once, he said, to a man from California. The guy had paid him some money, taken the interior out, then given up and left without further notice. The man shook his head at the shame of it—the boat had been his life’s work, his home. Now he’d settled by the canal to take care of his blind mother. I never married, he told us. Got no kids. But I’ve got my mom, he said, beaming. He said he was a champion high diver, self-taught. He tossed papaya seeds onto the lawn and a tree grew, bearing fruit. He sent us off with an armful of giant mangoes. People tell me they’re the best mangoes they’ve ever tasted, he said. I don’t know. I break out in hives if I touch ‘em. The mangoes were delicious, like apricots and coconut cream.
Here in Jacksonville we’ve been befriended by the owner of a nearby marine supply store. The store is on the verge of bankruptcy. It sells anchors, compasses, backscratchers and ceramic ducks. The owner is nearly crippled with a leg ailment. Her house is falling down around her, the bedrooms filled with relics of her dead mother, piles of unidentifiable things. We were sitting in her living room, eating peanut butter sandwiches. A loud knocking sounded on the wall. In the window a grizzled, wild-haired man appeared, waving an envelope. It turned out that he was her tenant. He was on his way to an interview with the Liberty Tax Service for the position of a Statue of Liberty impersonator, with a foam crown and a big sign. He would shave himself a goatee for the role.
The temperature’s dropping in north Florida, and I’ve got work to do—copyediting the first edition of The Art of Floral Design, all 728 pages of it. Next stop: the grave of Haitian revolutionary Biassou, buried with military honors in St. Augustine.
Posted by Clank at 1:17 PM No comments:

With a thousand thanks and much love to all our family and friends who hosted us over the past year! It has been a privilege to spend time with you. 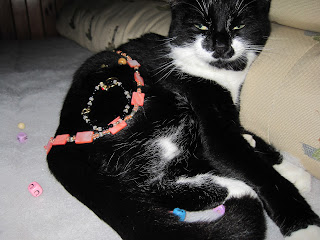 I have been writing like crazy--but obviously not blog entries! I just realized I haven't updated the Path in over a month. More to come ASAP.
Posted by Clank at 4:10 PM No comments: